If you want to grow your Twitter account there are certain hashtags, keywords and even partial keywords that you should never use in your tweets.

Using bad words causes twitter to lower the amount of impressions your tweets get.

An impression is the number of times that a tweet was loaded onto a Twitter user’s feed. However, don’t mistakenly think that an impression is equal to a view. With so many tweets that load onto any one person’s twitter feed, it is very possible that your tweet loaded onto the user’s feed but went unread. Twitter has also recently started to automatically reload feeds without the user’s input or concent. Basically twitter, like instagram, reloads feeds every time the user navigates back and forth from the feed. So, impressions are not a true indication of views.

Based on what I have said above, it is clear that Twitter is in control of tweet inpressions. It is their algorithms that decide on who, when, and where your tweets will have an “impression”.

Even though Twitter plays God on their social platform, deciding what information they show to users, it is very possible to be in their good graces by obeying some of their unwritten commandments.

Tweets that contain profanity or normal cussing words get low engagement. In fact I have seen that replies containing swear words are shown last in a thread and didn’t show unless I clicked on a button. Twitter even asked me if I wanted to load other comments that might contain offensive words.

Talk about censorship! BTW FYI, Twitter consideres the word “ugly” to be offensive. So, you might not want to use that ugly word in your content.

2. Thou shalt not mension twitter users with big or verified accounts unless you are directly replying to them in their original tweets.

When you post a tweet mentioning a verified account, perhaps to rant or insult said verified user, twitter will not let other users see your tweet. Tweets that mension handles of famous people have a low impression count. One reason for this might be because of spam or abuse of these user handles.

3. Thou shalt not use hashtags and keywords that might be offensive or political, branded or sensitive in nature.

Twitter doesn’t give good impressions to tweets that have such hashtags. Also, don’t use hashtags with words like “girl”. Twitter does not want to be on the governments bad side for hashtags or tweets that might involve the exploitation of minors. To be safe do not even use racial hashtags like “black” or “white”. So #sexygirl will get a really low number of organic impressions.

4. Thou shalt not add short links to tweets.

5. Thou shalt not use vulgar words in captions for media.

According to many social media algorithms, images and videos should be seen favourably and get higher impressions or engagement. But, why might your images be getting low impressions and engagement? If you didn’t follow the rules above, twitter will penalize your image tweet. If you use even just one bad word, twitter will label a nice flower pic as being offensive or sensitive. People with settings that block sensitive media will not see your tweet or image if you used a caption like:

Sh**, I can’t believe I can grow such beautiful flowers.

Do you obey these commandments? Will you start obeying Twitter Algorithm Commandments or will you resist and find your tweets and media in social isolation? Try obeying those commandments in a few tweets and let me know if your number of impressions has increased in the comments or even mension me @howtokickbox or @estelitascott on twitter so we can have a conversation. 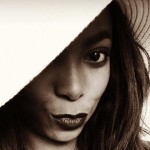